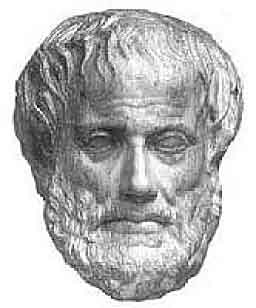 Aristotle (384 – 322 BC) was a Greek philosopher and scientist.  Known as the father of biology, he also made substantial contributions to the fields of logic, metaphysics, mathematics, physics, biology, botany, ethics, politics, agriculture, medicine, dance and theatre.  He is considered by some to be the first genuine scientist.

Aristotle was born in 384 BC in Stagira, Chalcidice, near modern-day Thessaloniki. When he was about eighteen he moved to Athens to study at Plato’s Academy, where he remained for nearly twenty years as both student and instructor.  After that Aristotle became the head of the royal academy of Macedon where he tutored Alexander the Great and two other future kings;Ptolemy and Cassander.

Following his time in Macedon, he returned to Athens and founded the Lyceum where he conducted courses at the school for the next twelve years.  It was during This period in Athens that Aristotle is believed to have composed many of his works, which constitute a virtual encyclopedia of ancient Greek knowledge and teaching.  Aristotle is credited with the earliest study of formal logic.  Prior to the 19th century it was the dominant form of logic in the western world.

Aristotle proposed a fifth element (aether) in addition to the four proposed by his pre-Socratic predecessor Empedocles.

Although modern science has rejected the concept of aether as proposed by Aristotle, some see his concept as being similar to what modern physicists refer to as “string theory”.

Aristotle distinguished about 500 species of birds, mammals and fish.  What the modern zoologists refer to as vertebrates and invertebrates, Aristotle referred to as ‘animals with blood’ and ‘animals without blood’.

In his work called On the Soul, Aristotle referred to three kinds of souls or “psyches”.

Aristotle wrote several treatises on ethics.  The most well-known was likely the Nicomachean Ethics.  He taught that virtue is a matter of the proper function person, just as an eye is only a good eye if it can see.  He envisioned happiness is main purpose for humans, and reasoned that it could only be achieved through good character or “virtues”.