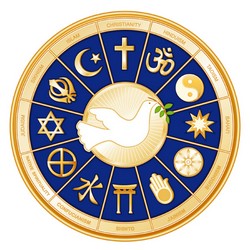 The belief in God (or theism) is the prevailing view in the world.  95% of the world’s 7 billion inhabitants (over 6.5 billion people) believe in at least one god.  Approximately 55% are monotheistic (believe in one god), while approximately 40% are either polytheistic (more than one god) or pantheistic (god is everything and everything is god).  The remaining 5% are either atheistic (no god) or agnostic (don’t know or don’t care).  While we aren’t able to mention every religion on the face of the earth, we will provide basic information on most of the major ones.

One thought on “Religion”