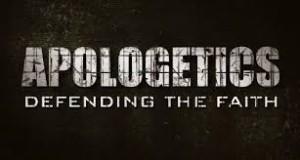 I have always felt that faith and reason are not mutually exclusive concepts, and that the things that make them appear to be mutually exclusive are simply obstacles that are meant to be overcome.  For example, there are apparent contradictions in the Bible.  While most can be readily explained, some remain problematic. The rationalist says that it’s not rational (or reasonable) to believe in the Bible when it contains these contradictions, and yet we accept contradictory viewpoints all the time as a normal result of genuine accounts of what occurred.  Police detectives will tell you that when they pull two suspects aside and question them separately they expect to hear a few details that don’t match.  If the stories are identical in every way they assume that they are contrived.

Another example would be the very existence of God.  The rationalist says that it’s irrational to believe in something that you can’t see, touch, taste, hear, or smell.  In other words why should you believe in something that you can’t detect with your physical senses?  And yet we take precautions all the time to avoid radiation, toxic gasses, and diseases that we can’t detect with our senses.  We do so because we know the consequences if we don’t.

The same is true regarding faith.  We can see the consequences of violating God’s moral laws.  Committing a crime can land you in prison.  Drunkenness can cause you problems with your career, your family, or even your health if it causes an accident or leads to cirrhosis.  Lying can alienate people.  Sexual immorality can lead to STDs, premarital pregnancy (children born to a one parent home are far more likely to be poor), social problems … etc.  At the same time abiding by God’s moral laws provides you with increased likelihood of enjoying stability, health (on average, people who attend church regularly live 2-3 years longer than people who don’t), and prosperity (on average, regular churchgoers earn 9% more).  The effects of faith in God can be gauged even if He can’t be detected with the senses.

But there are many other faith issues that are very controversial, especially for Charismatics like me.  Tongues, healing, prosperity, eternal security, sovereignty, inerrancy, tithing, lordship salvation, baptism, communion, the Sabbath … etc. all provide apologists with plenty of material to cover, and all require considerable research and detailed analysis.

I have made it my goal to address these and similar issues without allowing my emotions and passions to interfere with the presentation, and to encourage others to engage in civil discourse as the Bible commands.

“Apologetics” comes from the Greek word apologia, which is translated “answer” in I Peter 3:5

“But in your hearts revere Christ as Lord. Always be prepared to give an answer to everyone who asks you to give the reason for the hope that you have. But do this with gentleness and respect.” (I Pet. 3:15 NIV)

Peter is admonishing us to prepare ourselves intellectually, and not merely spiritually.  That means that we have to study and know our material.  Paul also makes the case for the intellectual presentation of the Faith.

“just as it is right for me to think this of you all, because I have you in my heart, inasmuch as both in my chains and in the defense and confirmation of the gospel, you all are partakers with me of grace.” (Phil. 1:7)

Additionally, he describes to the church at Corinth the act of defending the faith.

“For though we live in the world, we do not wage war as the world does.  The weapons we fight with are not the weapons of the world. On the contrary, they have divine power to demolish strongholds. We demolish arguments and every pretension that sets itself up against the knowledge of God, and we take captive every thought to make it obedient to Christ.” (II Cor. 10:3-5 NIV)

Paul was known to cast out demons, raise the dead, heal the sick, and shake off a deadly snake during his ministry.  If anybody could rely on the supernatural power of God to effectively communicate the gospel it was Paul, and yet he also saw the need for the power of persuasion through a well thought-out presentation as well.  You can see that by how he reasoned from the scriptures in the synagogues (Acts 17:2) and discussed his views with the Greeks at Mars Hill in Athens (Acts 17:16-31).

Jude also tells us to oppose false doctrine in his brief epistle.

“Beloved, while I was very diligent to write to you concerning our common salvation, I found it necessary to write to you exhorting you to contend earnestly for the faith which was once for all delivered to the saints.” (Jude 3 NKJV)

To “contend” for something means that you fight for it, although as Paul pointed out we don’t resort to physical confrontation.  We battle spiritually and intellectually.  Jude was talking about people who have distorted the biblical teaching of grace, presenting it as a license to sin rather than as a manifestation of God’s mercy to fallen humanity.  But grace isn’t the only doctrine that has encountered such twisting.  There are many other teachings, and many ways that each one is twisted.  That’s why we have to study and prepare.

Today’s world is becoming more secularized all the time.  People are constantly bombarded with anti-Christian rhetoric from the worlds of education, entertainment, science, politics, religion … you name it.  Eventually it has an effect.  They need to know that most of that comes from prejudice against Christ and Christianity rather than factual information.  They need reliable resources to counter all of the garbage that is dumped on them by the world on a daily basis.

At the same time many within the church are attacking their Charismatic brothers and sisters over non-essential issues.  We need to know how to respond.  That’s why I do what I do.  Hopefully by providing good information and provoking thought I will be able to counter the negativity and inspire and prepare people to go out there and do battle in the intellectual arena.

When I go about presenting my defense for my positions, I try to follow the biblical model.  When Jesus and the Apostle Paul were challenged on their statements or actions, they responded in several ways.

In short, the two best weapons when engaging the opposition in theological matters are the Bible (when addressing believers) and the weaknesses of the viewpoint and/or argument of the opposition (which applies to both believers and unbelievers).