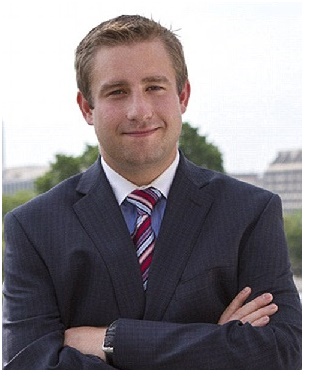 Over the past few months there’s been an internet-fueled fascination with the murder of DNC staffer Seth Rich, with conspiracy theories galore that point the finger at the DNC and the Hillary Clinton campaign, who theoretically snuffed Rich for leaking thousands of emails to WikiLeaks to expose their corrupt operation that rigged the Democrat primaries in Hillary’s favor.

I like a good murder mystery as much as the next guy, but I also have this annoying little habit of sticking with facts.  It’s a habit I fell into years ago during the Chandra Levy story when I saw countless people jumping to conclusions about Congressman Gary Condit killing her to keep her quiet about their affair.  That was all based on nothing more than suspicion that Condit unfortunately brought on himself in his bumbling attempt to cover up his dalliances.  After looking for some time for actual evidence and finding none, I finally concluded that Levy probably was the victim of a random attacker in the park, and that Condit was guilty of nothing more than incredible stupidity.  Shortly thereafter Levy’s body was found in the park, and eventually a random predator from El Salvador named Ingmar Guandique was charged with her murder.  That experience taught me the importance of trusting my judgment based on critical thinking and logic, rather than being led by my emotions or preconceived opinions.

As I look through all of the “reporting” on the Seth Rich case, I’m struck by just how weak the conspiracy theory is, and how equally weak the critical thinking skills are on the part of those who promote it.  Let’s take a look at the video that One America Network removed from their website, which makes several points that the conspiracy theorists promote.

In the video, Pearson Sharp says “According to the mainstream media, Seth Rich was killed after leaving a bar that night in an apparent robbery that went horribly wrong”.  It wasn’t just the MSM saying this, Pearson.  It was the Metropolitan Police Department of DC.  Unlike the alternative news organizations promoting the conspiracy theory, they actually showed up at the scene of the crime and worked the case.  They did the forensic investigation, interviewed people, took photos, and did all of the legwork that you do in such matters, and based on what they saw it looked like a botched robbery.  That’s why the MSM reported it as a botched robbery, because they were told that by the MPD.

Like me, most of these conspiracy theorists are on the conservative end of the ideological spectrum, so you would think that they support law enforcement. But apparently in this case, the police are the bad guys because they’re covering up a political hit.  I find it a bit hypocritical to say that you support the police, and then accuse them of thwarting justice in a murder investigation because their findings don’t fit with your narrative.

He goes on to say that it’s pretty unusual for nothing to be stolen in a robbery.  What Pearson left out was the word “botched”, as in “they didn’t get what they were after because their victim fought back, and they ended up shooting him and then running away in a panic”.  That’s actually a very common scenario (just google “botched robbery” and the nearest metropolitan area to you), and the police recognize that fact.  If it had been a successful robbery they would have taken his watch, phone, wallet … etc.  But it wasn’t successful.  It was botched, which is probably why the police call it a botched robbery.  By the way, his family did mention that his watch band was torn, so apparently they were trying to take his watch.

Pearson goes on to say that before his death, Rich was investigating several cases involving the DNS’s electoral fraud and voter suppression, and was set to testify in the Hillary email investigation.  He offers no evidence to support this claim, and despite scouring the web for something to corroborate it I came up empty.  The fact is Rich’s job with the DNC was basically with a project to help voters to cast acceptable ballots and find their appointed polling places.  In short, he was there to help get out the vote for the DNC’s nominee, regardless of who that nominee might be.  There is zero evidence that he was involved in anything related to Hillary’s emails or election rigging, or that he was set to testify in the case.

He then says that homicide detective turned private investigator Rod Wheeler was hired by the family of Seth Rich to “find Seth’s murderer”.  But according to BuzzFeedNews, Wheeler’s services were actually provided by a FOX News and Breitbart contributor named Ed Butowsky when the family complained about the lack of progress in the case, and stated that they didn’t have the money to hire a PI.  The family apparently entered into a contract with Wheeler that they then used to threaten Wheeler with legal action when he violated the terms of it by speaking to the media without their approval.  Wheeler then quickly retracted some of his “bombshell” statements about the unnamed federal investigator, Rich’s computer, and the emails and exited the stage, leaving a mess of frenzied conspiracy buffs in his trail.

Pearson then quotes Hillary Clinton’s campaign chairman John Podesta as saying that he was in favor of making an example of leakers, but in quoting Podesta he failed to mention the context.  The Podesta quote was from an email in February of 2015 discussing leaks about the Clinton campaign that ended up in a book called The Branding of Hillary Clinton that was published by The Washington Post.  This was nearly a year and a half before the Seth Rich murder, and it had nothing to do with the DNC rigging the nomination for Hillary and cheating Bernie Sanders in the process.  The consequences for leaking were surely in career opportunities.  Whether you like John Podesta or not, only the feebleminded would believe that Podesta was talking about having the leaker killed.

Next, Pearson tries to tie Podesta to the murder investigation by stating that one of the officers who responded to the call when Rich was shot attended Georgetown when Podesta was a professor there (no mention if the two had actually met), and his sister worked for the Hillary Clinton campaign as a research associate in 2016.  While this may raise a few eyebrows among Person’s viewers, the fact is lots of people in DC attend Georgetown or other universities where political figures have taught, and lots of people work in political campaigns, especially for Democrats since DC is a very liberal environment.

Pearson then states that the police records show that Seth Rich was alive and talking to officers when he arrived at the hospital, not realizing that this actually does more to debunk the conspiracy theory than confirm it.  You see, if Rich was talking to the officers, one would think that he would have given them some indication if this was a political hit.  Instead they came away with the impression that it was a botched robbery, which would suggest that he talked to the police about an attempted robbery.

Next, we learn that Rich’s attending physician was apparently in on the murder because he was a Hillary supporter (facepalm).  But apparently he wasn’t alone, because the manager of Lou’s City Bar, the last place Rich was seen before the shooting, was a frequent visitor to the White House.  Additionally, Podesta’s former sister-in-law is on the board of the local police foundation, so I guess she was in on it too.  So far we’ve got the assassins, the police, Podesta, Podesta’s former sister-in-law, Seth Rich’s attending physician, and the bar manager in on the conspiracy in case you’re keeping score.

After that, Pearson tries to tie all of this in to the Trump/Russia collusion investigation.  He says that if it can be proven that Rich was the source of the leaks, it absolves Trump and the Russians in the matter.  This of course, has nothing to do with actual evidence.  Whatever you think about Trump and the election, murder investigations follow evidence rather than fanciful, politically-tinged conspiracy theories.  If Rich was the source of leaks to WikiLeaks that wouldn’t prove that Trump didn’t do anything wrong, and if Rich wasn’t the source it wouldn’t prove that Trump did do something wrong.

And finally, Pearson quotes WikiLeaks founder and director Julian Assange and internet entrepreneur Kim Dotcom (see my previous post on him) to support the conspiracy theory, omitting any reference to the fact that both men are convicted criminals with an ax to grind with Hillary Clinton and Barack Obama who were trying to extradite them to the US to face racketeering charges.

Occum’s Razor says “all things being equal, the simplest answer is usually best“. In this case the conspiracy theory is certainly not the simplest answer.  Having said all of this, I still think it’s possible that Seth Rich was leaking something to WikiLeaks, and that his death was connected to that.  Possible, but at this point not probable.  If any actual evidence surfaces I’ll change my tune, but in the meantime I’ll have to go with the working theory of the DC police.  Just like Chandra Levy years ago, Seth Rich was following a dream in the nation’s capital when he found himself in the wrong place at the wrong time.

Civility and Civilization
An Open Letter to the 25th Amendment Crowd