At the close of the 20th century, A & E’s Biography created a list of the 100 most influential people of the 2nd millennium.  Number one on the list was Gutenberg, who invented the printing press.  Second was the father of modern science, physicist Sir Isaac Newton.  Third was the reformer Martin Luther.  And number four was Charles Darwin, the evolutionist who wrote On the Origin of the Species.

While you might question the order of the above names, I don’t think anybody could question Darwin’s impact on the modern world, especially now that we’re well into the 21st century.  Prior to Darwin, life was viewed by most people (including most scientists) as miraculous and sacred.  As the theory of evolution grew in popularity however, life became seen by a substantial percentage of people as the result of random and unguided processes over millions of years. 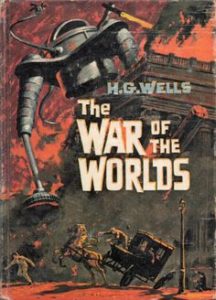 H. G. Wells, who had studied under Darwinist T. H. Huxley, wrote War of the Worlds in 1897, depicting an invasion of Earth by Martians. At the time, the only planets astronomers knew about were those in our solar system.  During the 20th century, astronomers like Edwin Hubbel discovered that there are an estimated 100 billion stars in our galaxy, most of which are presumed to have planets in orbit around them. The millions of presumed earthlike planets in the galaxy with the potential for intelligent life as we have on Earth brought about an explosion in science fiction literature, and eventually sci-fi television and movies.

If you’re under the age of 65, you have grown up in an age where you could watch Star Trek, Battlestar Galactica, and The Next Generation on TV or Star Wars in the movie theater.  But have you ever taken the time to ask about the underlying assumption of all of these shows? You see, the whole concept of civilizations scattered throughout the galaxy is rooted in the theory of evolution, and something called The Drake Equation.

Gene Rodenberry, the creator of Star Trek, was raised as a Baptist but eventually rejected Christianity and all organized religion. He described himself as a humanist and a pagan, and the secular nature of Star Trek was no accident. He instructed his writers to avoid references to religion.  In place of God and religion the show would promote this futuristic view of society, morality, and government.

Most of us are familiar with the theory of evolution, that life evolved over a long period of time from nonlife through a fortuitous series of events and Darwin’s mechanism of natural selection, but many are not familiar with The Drake Equation which is an attempt to calculate the number of technologically advanced civilizations in our galaxy.  It was created by an astronomer named Frank Drake in 1961.  The idea goes something like this; if life evolved on Earth then it probably evolved on other Earthlike planets throughout the Milky Way galaxy that orbit around a star like our sun at the right distance.  If we can determine the value of a number of factors then we should be able to make a fairly accurate estimate of how many advanced civilizations are out there waiting to come into contact with us.

The reason the equation was limited to our galaxy is very simple.  The nearest galaxy to the Milky Way is the Andromeda galaxy which is 2.5 million lightyears from Earth.  That means that if you could travel at the speed of light (which is only possible in science fiction) it would take 2.5 million years to get there.  It also means that any signal that we transmit into space would take 2.5 million years to be received, so there’s really no point in trying to contact anyone outside of our own galaxy.

N = the number of civilizations in our galaxy with which communication might be possible.  The value is determined by multiplying a number of factors ….

R* = the average rate of star formation in our galaxy

fp = the fraction of those stars that have planets

At the time R* (stars formed per year) was assigned a value of 1.  The fraction of those stars that have planets was thought to be between .2 and .5 (one fifth to one half).  The average number of planets per star that could support life was considered to be between 1 and 5.  The percentage of those planets that would develop life was listed as 100% (all planets that could support life would eventually develop life), and all of them would eventually develop intelligent life.  10% – 20% of those would develop the ability to communicate.  The length of time they would send signals into space was thought to be anywhere from 1,000 years to 100 million years.

The minimum and maximum values for each factor gave a range of twenty on the low end to 50 million on the high end, but the consensus at the time was that there were likely between 1,000 and 100 million such civilizations in the Milky Way.  (In the world of science, such numbers are often referred to as a swag – scientific wild ass guess.)  With numbers like that, it’s easy to see why people were so excited at the thought of interstellar travel and communication.

Shortly thereafter Dr. Drake and fellow astronomer/cosmologist Carl Sagan set up the Search for Extraterrestrial Intelligence (SETI), with satellite dishes strategically placed to transmit signals into space and listen for signals from space to see who might be out there.  The assumption was that within a few years or decades we were sure to make contact.  In fact, Contact was the name of a novel by Carl Sagan that was made into a movie by the same name in 1997 starring Jodie Foster and featuring SETI.

Well here we are more than a half a century later, and so far SETI has nothing to show for all of its efforts.  As the decades come and go, many people have gone back to Drake’s equation and tried to figure out where they went wrong.  Well allow me to offer my two cents.

First of all, the theory of evolution has never been able to explain how you get life from nonlife.  The entire premise of The Drake Equation is based on an assumption that is yet unproven, that the elements, amino acids, sugars … etc. that are essential for life can somehow come together by random chance.  If that assumption were true, then the equation might have some merit, but if there was some supernatural cause it would render the rest of the equation worthless. But let’s just assume for the sake of argument that life did evolve on Earth.  Let’s look at what all science tells us was involved in getting our civilization to the point where we could send and receive signals in space.

As you can see, even going by the secularist view of life there was an extraordinary amount of luck involved in bringing about an advanced civilization on Earth, and we’ve only been capable of sending signals into space during the last two centuries.  Why then, would we assume that our galaxy is full of similar civilizations?

The solution as I have already shown, is that life doesn’t just happen.  Even if you don’t believe in God you need a lot of things to go right just to produce the simplest life form, and to see that life form progress into intelligent life requires a lot more things to go just right.  You need the universe to pop into existence for some unknown reason at just the right balance between the forces of gravity and the rate of expansion.  You need a nebula to be infused with the right elements from nearby supernovae.  You need all of the right elements to situate themselves perfectly in the right location at the right time, and to then be struck by lightning and transformed into the first living organism.  You then need that organism to figure out how to reproduce and evolve into other life forms, including dinosaurs.  You then need an asteroid of just the right size to hit in the right location at the right time to kill off all of the dinosaurs but leave the mammals to thrive, thus producing the primates of Africa with good eyesight, gripping ability, and dexterity.  You then need a series of East African volcanoes to erupt, thus killing off the vegetation of the nearby jungles in order to drive the primates out hunting for food, leading them to develop larger brains and walk erect on two feet.  Without this extraordinary string of extremely unlikely events occurring elsewhere in the Milky Way, you end up with us Earthlings being alone in our galaxy, spending $100 million in a futile search for ET. 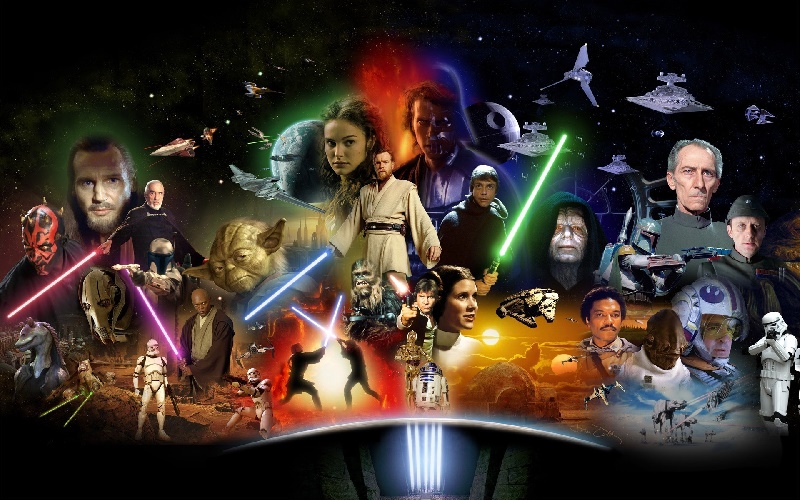 On the other hand, maybe it didn’t happen the way we’ve been told.  Maybe there was a Creator after all, and the universe didn’t just pop into existence on its own, and that first organism didn’t just form by some wild stroke of luck that doesn’t pass the giggle test.  If that’s the case, the fl factor of Drake’s Equation would be equal to zero, which would then make the value of N zero, and would mean that all of these science fiction space travel shows are nothing but fantasy.

Sorry to disappoint or offend all of you Trekkies out there, but our entire childhood was a lie.  There are no Romulans, Klingons, Ferengis, or Vulcans.  There’s no ET, no Jabba the Hutt, and no Darth Vader.  It’s all Science Fiction (with way more fiction than science) based on presumptuous numbers proposed by overly optimistic astronomers who come from a purely naturalist worldview.  Life is rare.  It doesn’t just spring up on every earthlike planet in the galaxy.  It doesn’t just come about because the right elements come together in the right place at the right time.  Life comes from God.  Maybe if we would channel as much effort into seeking Him as we do looking for ET the world would be better off.