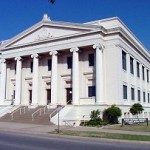 As I look back over my life I recall many men of God who had a profound impact on me.  The first was my pastor at First Baptist Church in my hometown of Wichita Falls, Texas – Dr. Landrum P. Leavell II.  When I was eight years old I told my parents I wanted to be baptized.  I don’t really remember much about what led to that, other than being told that when you decide to follow Jesus you should be baptized.  I wanted to follow Jesus so baptism seemed the logical progression.  My mother asked Dr. Leavell if he would talk to me and one Sunday night after church he took me into his office and talked to me for about ten minutes, asking me if I understood why I was being baptized, if I was ready to make a commitment to Jesus, if I understood the seriousness of that commitment … etc.  Even though I was only eight years old he took his job very serious and made sure that I was truly a qualified candidate for water baptism.  Over the next few years I faithfully attended that church.  I went to Sunday School, Royal Ambassadors (on Wednesday nights), Training Union (Sunday nights), vacation bible school, and sang in two choirs.  As a teenager however, my faithfulness waned and I felt disconnected from the church scene. 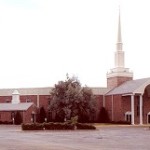 About the time I turned seventeen I met some kids at school who attended an Assembly of God church.  I decided to visit one day, and although I was completely unprepared for the radically different experience I was somehow drawn back.  The pastor was a man named Carl Alcorn, an old-time Pentecostal preacher who was raised Baptist just like me.  When he was about my age he was saved and baptized in the Holy Spirit at a tent revival in Oklahoma, and left the Baptist church behind him.  He made it a point to explain to the visitors why they raised their hands in the worship service (this was 1974 and that was unheard of in non-Pentecostal churches back then), why they laid hands on the sick and believed in healing, and why they spoke in tongues.  He gave us chapter and verse for all of those things, so that we would know that they weren’t just pulling these things out of thin air.  During my years of attending Evangel Temple I was grounded in Pentecostal theology, saw people healed, heard testimonies of God’s miraculous power, and eventually received the baptism in the Holy Spirit for myself. 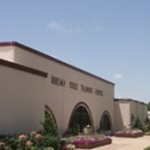 While I was attending that church a friend named Steve Skelton gave me a book by Kenneth Hagin entitled Exceedingly Growing Faith.  He told me that his wife had been healed of rheumatoid arthritis after reading Brother Hagin’s books.  I read that book and every other book he had by Kenneth Hagin, and two years later I was living in Tulsa, Oklahoma and attending Rhema Bible Training Center where I sat under Brother Hagin’s teaching for two  years.  During that time the Bible was opened up to me like never before, and I came away with an understanding of faith, healing, the ministry of the Holy Spirit, and what the gospel of Jesus Christ is all about.

As I study the history of these men and others like them, I am made aware of the fact that they all had their mentors and spiritual influencers.  Dr. Leavell grew up in a family of ministers and had an uncle who was the president of the New Orleans Baptist Theological Seminary long before he took the helm in 1974.  Brother Alcorn began preaching in the 1930s in Texas, where he was surrounded by the pioneers of the Pentecostal Movement.  In the early 1940s he built and pastored the Oak Cliff Assembly of God church in South Dallas near the eventual location of Gordon Lindsay’s Christ for the Nations bible institute.  He then pastored Hemphill Heights Assembly of God in Ft. Worth during the healing revival of the 1940s/1950s.  Brother Hagin was mentored by Mom & Pop Goodwin, fellow Pentecostal ministers from a neighboring town in North Texas.  While under their influence he was fortunate enough as a young minister to meet several of the giants of the faith like F. F. Bosworth and Dr. P. C. Nelson.

Each of their mentors had in turn been mentored, taught, and influenced by the preceding generation.  All of this has brought me to a point as a middle-aged man that I am now a part of the older generation who have a responsibility to pass along what we have learned and experienced in our lives.  There is a younger generation that doesn’t know much about the days when people would sing in the Spirit during a worship service.  Many have never attended a meeting where people would be invited to come forward for healing.  Others have only learned about the history of the Pentecostal and Charismatic movements from what the opponents have stated in their books and their YouTube videos.

In addition there were many musical influences in my younger days.  Some of them were secular artists and others were Christian.  Young people today know little or nothing about the early days of Contemporary Christian Music.  When I was a kid back in the 1960s you had two choices when it came to Christian music – church hymns or Southern Gospel.  Around 1973 I heard a tune by Larry Norman (1947-2008) and was amazed to discover that somebody was using rock music to communicate their faith.  A year later I discovered Love Song and The Second Chapter of Acts (the music group, not the bible chapter).  Then I heard Phil Keaggy (1951 –  ) and he became one of my musical heroes.

In those days Contemporary Christian Music wasn’t a big business.  The idea of using rock/pop musical stylings to communicate the gospel wasn’t too popular.  Most of the labels were started on a shoestring budget by people who just wanted to make these artists available to the public.  In time the market for CCM grew and it became a big business.  The more money became a part of it the more corrupt the industry became.  I want people to know that you don’t have to strip the lyrics of any theologically offensive content.  You don’t have to blur the line between the world and the Kingdom of God to have a music ministry.

All of these men came from traditions that had endured criticism and controversy.  The Southern Baptists had their history of condoning slavery.  The Pentecostals had to endure the scorn of the evangelical world, being labeled “holy rollers”.  The Faith Movement has been labeled “cultic”, “heretical”, and “modern day Gnosticism” by its critics.

Andre Crouch (1942-2015), a pioneer in CCM who fused elements of rock, R &  B, soul, and gospel, had to endure criticism from the Christian community for promoting the devil’s music in churches.  In 1982 he was arrested for possession of cocaine, and many of his critics took that as confirmation of his worldly influences.  The charges were soon dropped due to insufficient evidence.  (Crouch claimed that the coke was left at his apartment by an old friend who had violated his “no drugs” policy.  The subsequent investigation confirmed his account of what happened.)  Despite the controversy Crouch’s music and legacy survived, and when he passed away earlier this year he was remembered for his great contributions to Christian music and his commitment to his faith.

Despite the controversy, they all survived and even thrived as they remained true to their calling.  As a result, we have a greater heritage of faith.  Now a new generation has taken the helm, and has the responsibility of passing the torch to the next generation without compromising the message.  May we be as up to the task and remain true to God, His Word, and His people as the previous generation was.

Faith of Our Fathers

10 Claims About Speaking in Tongues
The Truth About Trump