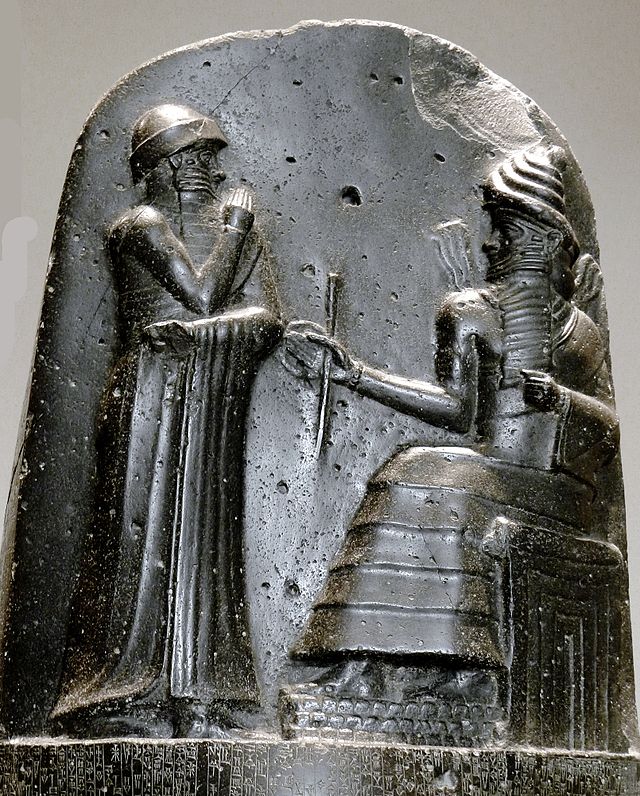 Prior to the advent of Western Philosophy were the moral codes of Hammurabi and Moses.  Hammurabi became the first king of the Babylonian Empire following the abdication of his father, Sin-Muballit, who had become very ill and died, extending Babylon’s control over Mesopotamia by winning a series of wars against neighboring kingdoms.  Although his empire controlled all of Mesopotamia at the time of his death, his successors were unable to maintain his empire. Hammurabi is known for the set of laws called Hammurabi’s Code, which constitute one of the earliest surviving codes of law in recorded history.

One of the first written laws in the world, the Code of Hammurabi was inscribed on a rock slab and placed in a public place so that all could see it.  The slab was later taken by the Elamites and removed to their capital, Susa.  It was rediscovered in 1901 in modern Iran, and is now in the Louvre Museum in Paris. The code of Hammurabi contained 282 laws, written by scribes on 12 tablets. It was written in Akkadian, the common language of Babylon, and could therefore be read by any literate person in the city.

The structure of the code is very specific, with each offense receiving a specified punishment. The punishments tended to be very harsh by modern standards, with many offenses resulting in death, disfigurement, or the use of the “Eye for eye, tooth for tooth” philosophy. The code is also one of the earliest examples of the idea of presumption of innocence, and it suggests that the accused and accuser have the opportunity to provide evidence.

Below is a good introductory video about the Code of Hammurabi.