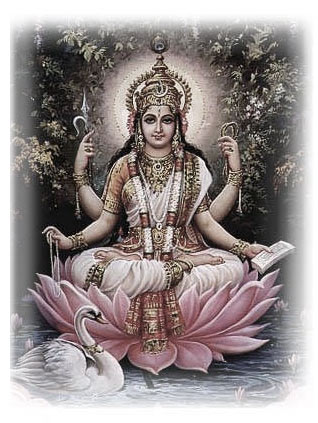 Hinduism  is a major world religion originating on the Indian subcontinent and comprising various systems of philosophy, belief, and ritual. Although the name Hinduism is relatively new, having been coined by British writers in the first decades of the 19th century, it refers to a rich cumulative tradition of texts and practices, some of which date to the 2nd millennium BC or possibly earlier.  Hinduism is the one of the oldest religions on Earth. Its many sacred texts in Sanskrit and vernacular languages served as a vehicle for spreading the religion to other parts of the world, though ritual and the visual and performing arts also played a significant role in its transmission. From about the 4th century AD, Hinduism had a dominant presence in Southeast Asia, one that would last for more than 1,000 years.

There are approximately one billion Hindu adherents worldwide.  It is the religion of about 80% of India’s population, 30% of Guyana and Fiji’s, 20% of Suriname’s, 12% of Sri Lanka’s, and 8% of Bangladesh’s. Despite its global presence, however, it is best understood through its many distinctive regional manifestations.

Throughout history five elements have shaped Hindu traditions: doctrine, practice, society, story, and devotion. These five elements are seen as strands in an elaborate braid, with each strand emerging from a history of conversation, elaboration, and challenge.  Unlike Western faiths, Hinduism’s view is that truth or reality cannot be constrained to any creed, thus the Hindu prayer “May good thoughts come to us from all sides.”It states that truth must be sought in multiple sources, not dogmatically proclaimed.  Everybody’s perception of the truth, even that of a highly acclaimed guru, is influenced by factors such as time, age, gender, state of consciousness, social and geographic location, and stage of development. Multiple perspectives enhance a broad view of truth rather than diminish it.  For that reason there is a strong tendency for modern Hindus to affirm that tolerance is the highest  virtue, while still aware of the fact that their religion was developed primarily on the Indian subcontinent.  They see Hinduism as a way of life, not a set of beliefs.

Despite that fact Hinduism is unified in its acceptance of “samsara”, a chain of births and deaths linked by reincarnation. Controlling samsara is the law of karma. Hindus believe that all individuals accumulate karma over the course of a lifetime. Good actions create good karma and evil actions create negative karma. Karma is not assigned or regulated by any god.  It’s simply earned by an individual and passed down through subsequent lives.But while good karma can eventually earn a person a higher place in the caste system in a future life, the ultimate goal of any Hindu adherent is moksha, or salvation from samsara. Moksha is the final of four primary Hindu goals. The first three, kama, artha, and dharma, concern earthly pursuits like pleasure, power or well-being and virtue.Ironically, to achieve moksha, you must make a deliberate effort to not want it. Salvation comes only after a person has abandoned all pursuits and desires and accepts that the individual soul is the same as Brahman, the universal soul or god. By exiting the cycle, an individual no longer endures the pain and suffering of earthly existence performed countless times over.