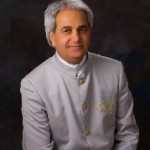 Very often you will hear WoF critics refer to Benny Hinn as a Word of Faith teacher, along with a few quotes from Hinn saying things like Adam could fly to the moon, Eve gave birth out of her side, there are nine members of the godhead … etc.  What the critics fail to tell people is that he renounced WoF theology over twenty years ago. In an August 1993 interview with Charisma Magazine, Hinn said the following.

“The Lord is showing me some things I have been wrong about. At one point I taught certain things, such as the ‘little gods’ teaching, and Jesus dying spiritually. Now I have quit teaching such things, and I have made it clear that I no longer believe them. In the past, I also taught some things about faith, confession and prosperity that were out of balance.  Now I want to come back to the center.” … “I was educated and influenced by Catholics when I was growing up.  Then, shortly after I was born again, I was influenced by Kathryn Kuhlman.  Both the Catholics and Kathryn emphasized reverence for God. When I moved to Orlando in 1980 things changed.  I got to know some of the Faith teachers and began to read a lot of their books.  So my teaching began to change.

But I’ll tell you what has happened recently.  I am coming back to the way I was before 1980.  After 10 years of filling my life with Faith books, I got to the place where I found some extremes in this teaching.  I respect these teachers as men of God, but frankly, they are teaching some things that I don’t believe. For example, I used to teach that Jesus died spiritually and suffered in hell.  Through my own study, I discovered that this didn’t line up with the Word. When the Lord said ‘It is finished’ on the cross, He didn’t add ‘to be continued.’ Things began changing in me two years ago when I told Christianity Today that the Faith message doesn’t add up.  But I went on teaching some things, because I didn’t have the whole picture yet.  When you’re into something for 10 years, you don’t change quickly.” … “I don’t believe confessing the Word works the way I taught it in the past.  Of course, we should believe and confess God’s Word.  But I don’t believe we can just confess any scripture and make it happen.” … “My feelings about prosperity began changing when I was in Manila earlier this year.  Some of the most precious Christians live there amid such poverty, such need.  Yet you see such satisfaction, such fulfillment with them.  They are happier than many Christians I know in America who have everything. We had spent about $100,000 on the crusade there, and we needed to take up an offering to cover expenses.  But I looked at those dear people and said, ‘God, I can’t do this.’  I couldn’t teach prosperity there like I had in the United States.  And I’ve decided if you can’t teach the prosperity message everywhere, then something is wrong with it.”

I’d like to point out that most of what he saw as error in the WoF were not things that Kenneth Hagin taught, such as the “little gods” doctrine.  But you can see from this interview that Hinn’s theological roots were in Catholicism and the ministry of Kathryn Kuhlman, and that in 1993 he started moving back to his roots and away from WoF theology.  This was 22 years ago, folks!  Quoting Benny Hinn now as an example of what WoF people teach is like quoting the pope as an example of what the Methodists believe.  It’s misleading.  If the critics can’t be honest with you about this you have to wonder what else they’re being dishonest about!?!