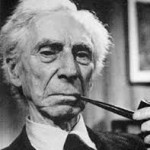 The noted British logician and philosopher Bertrand Russell, an avowed atheist, was once asked, “If you meet God after you die, what will you say to Him to justify your unbelief?”  Russell replied, “I will tell Him that He did not give me enough evidence.”

Many agnostics and atheists today have a similar attitude.  It’s as if they feel that a face in the sky or an audible voice is required.  But the Bible says that we’ve already been given ample evidence.  The rest is up to us.  We can choose to see that evidence for what it is and seek God, or we can ignore it and do without Him in our lives.  God gives us that choice.

18 For the wrath of God is revealed from heaven against all ungodliness and unrighteousness of men, who suppress the truth in unrighteousness, 19 because that which is known of God is revealed in them, for God revealed it to them. 20 For the invisible things of him since the creation of the world are clearly seen, being perceived through the things that are made, even his everlasting power and divinity; that they may be without excuse. 21 Because, knowing God, they didn’t glorify him as God, neither gave thanks, but became vain in their reasoning, and their senseless heart was darkened. (Rom. 1:18-21)

To “suppress” is to restrain, to smother, or to stifle.  Paul is saying that people intentionally dismiss the evidence that is right in front of them because of their unrighteousness.  They don’t want to deal with it or acknowledge it because to do so would require some response, so they suppress it.  They pretend that it isn’t there because it makes them uncomfortable.

A few years ago I was driving along a turnpike on my way to a music gig in another city.  I was looking for the toll booth exit but I didn’t see it.  I finally decided that I must have already left the toll section of the road, so I just forgot about it and went on to my destination.

A few days later I received a $65 fine in the mail for not paying the toll fee of $1.25.  I was upset.  I looked for a sign for the toll booth exit and I didn’t see one.  “Is this a scam?”, I wondered.  The next time I drove down that road I looked very carefully for the sign, and there it was … bigger than life.  How I missed it the previous time I have no idea, but it cost me a hefty fine. 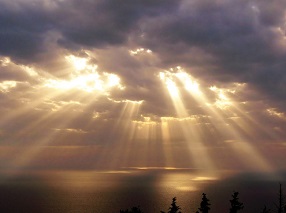 Our sun and moon are approximately the same size in the sky, because even though the sun is 400 times larger than the moon in diameter it is also 400 times further from the earth.  This is a unique arrangement in our solar system, and to our knowledge it’s also unique in our galaxy.  Is this by chance, or by design?

The noted astrophysicist Fred Hoyle was an avowed atheist/agnostic until one day he saw how incredibly fine-tuned the laws of physics needed to be in order to sustain life.  He became a theist virtually overnight, and stated famously that a super intellect has “monkeyed with the laws of physics”. 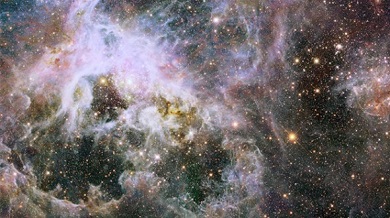 Apart from the world of science however, there is ample evidence to all.  The human conscience, for example.  Where did it come from?  The good feeling that you get when you help somebody.  The sense of gratitude that you feel for the blessings of life.  (I had a friend once who claimed to be an atheist and yet he used the word “blessed” in describing his life.)  The question that we all instinctively ask at some point in our lives – “Why are we here?”

There’s no excuse for not recognizing God.  The evidence is all around us.  Some might point to science and say that it proves otherwise, but as we see repeatedly science can’t figure out how the universe began or how life began.  Their theories are constantly being questioned and debunked.  Here’s a good example.

There’s no excuse for not believing in Jesus.  More books have been written about Him than any other person in history.  More bibles have been printed than any other book.  There are over 250,000 congregations in the U.S., and over 20 million worldwide.  True, there are those in remote regions who haven’t heard of Jesus.  What about them?

… for when Gentiles, who do not have the law, by nature do the things in the law, these, although not having the law, are a law to themselves, who show the work of the law written in their hearts, their conscience also bearing witness, and between themselves their thoughts accusing or else excusing them) … (Rom. 2:14,15)

So Paul tells us that those who don’t have the Word of God will be judged by the invisible law of God written in their hearts, and how they respond to it.  But of course, with greater revelation comes greater accountability.  (Luke 12:48)

As you read through the Bible you’ll notice that there are many people who made excuses for one thing or another.  You’ll also find that God isn’t too fond of excuses.

We don’t make the rules.  God does.  We don’t get to decide what the requirements are for salvation.  God does.  Proverbs 14:12 says:

There is a way that seems right to a man,
But its end is the way of death.

It might have sounded right to some people when Bertrand Russell said that there wasn’t enough evidence of God, but he was wrong.  The evidence is there.  All of the evidence required to know that God exists in all of His power and glory is laid out in front of anybody who is willing to look.  To those who aren’t the end is the way of death.

Don’t Get Comfortable
What’s Up, Doc?

One thought on “No Excuses”